Will is 9 Months Old!

Will had his 9 month check-up and we learned he is just as chubby as ever (not that we needed a reminder) and still a little short. BUT he has a big head so we just know he's going to be smart. His weight was 21 lbs 3 oz and he was 27 1/4 inches tall. (75% and 10%!) His head was in the 90th percentile! The doctor just loves seeing him and she always calls him a little charmer. He was in a fabulous mood the whole visit until his flu shot. He got over it quickly though. This is what Will is up to and his likes/dislikes....

*Crawling ALL over
*Pulling up but not regularly
*Lots of ba-ba, da-da, ma-ma ETC
*He has tiny feet!! How is he going to learn how to balance and walk on those things!?
*Naps like a superstar
*Still wants to nurse in the middle of the night, sadly. (The doctor said anytime I want to cut him off would be good and she said hopefully within a month he should be done for the sake of better sleep and his teeth)
*He has 6 teeth (the girls had ONE tooth a little after 12 months old- 9 months adjusted age)
*Solids are hit and miss
-Favorite solids: pureed fruits (peaches, blueberries, apples, pears), carrots, yogurt mixed with fruit, sweet potato, finger foods (Cheerios, yogurt melts, bread, deli turkey, sometimes cheese), and avocado.
-Dislikes: all of the above depending on his moods, most veggies, oatmeal/rice cereal unless it is mixed with fruit or juice, banana (the only baby ever to dislike banana!), and pureed meat (who can blame him?).
Overall I call him a finicky eater when it comes to solids, but totally into nursing still.
*He understands some words. When we ask where Odin is he looks for him (and daddy/mommy).
*Still very pleasant but stranger danger is creeping in and is a momma's boy.
*Gets a KICK out of watching his sisters, especially when they dress up in animal costumes

I did a 9 month photo shoot with Will today. There are so many cute ones so I have to share a handful of them! He is the best subject, especially when he's in an ultra-good mood! 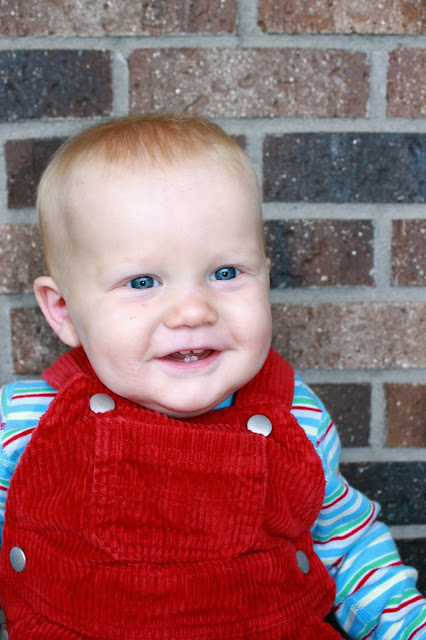 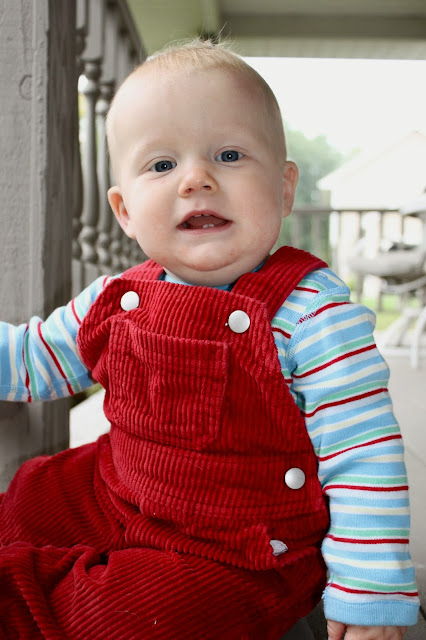 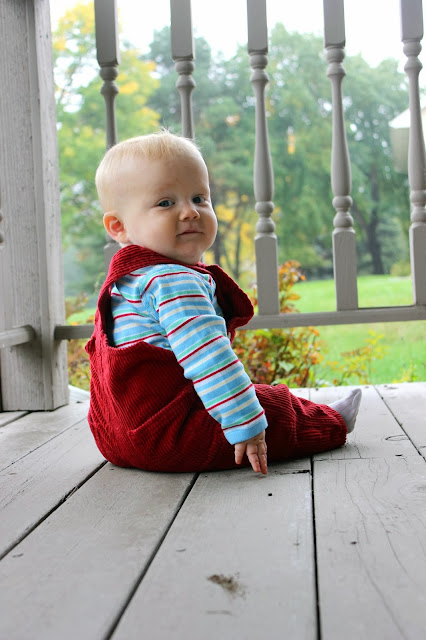 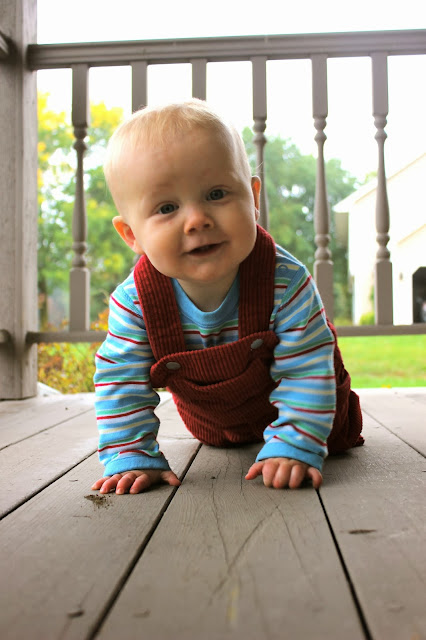 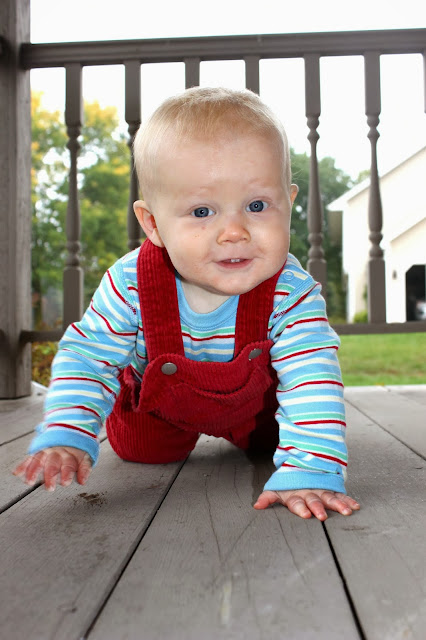 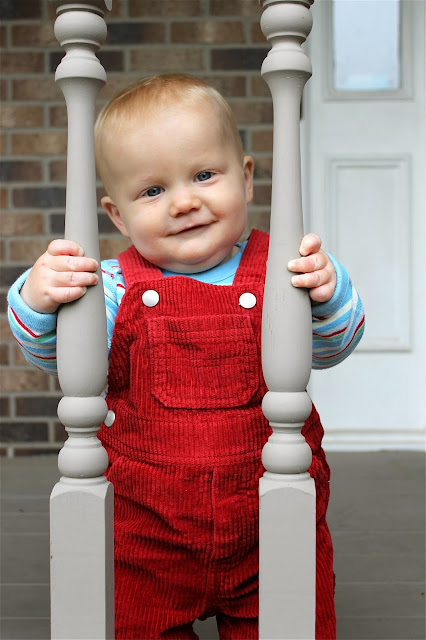 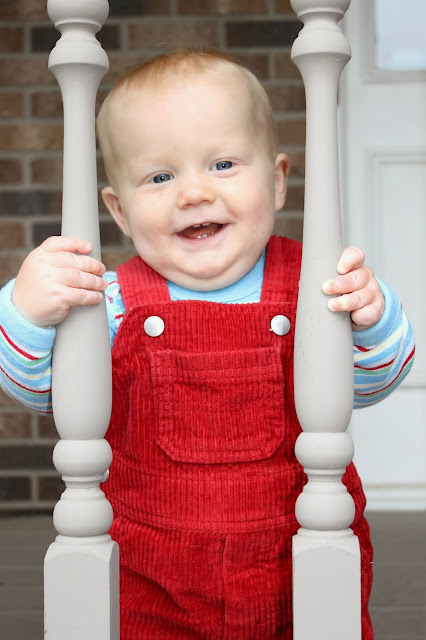 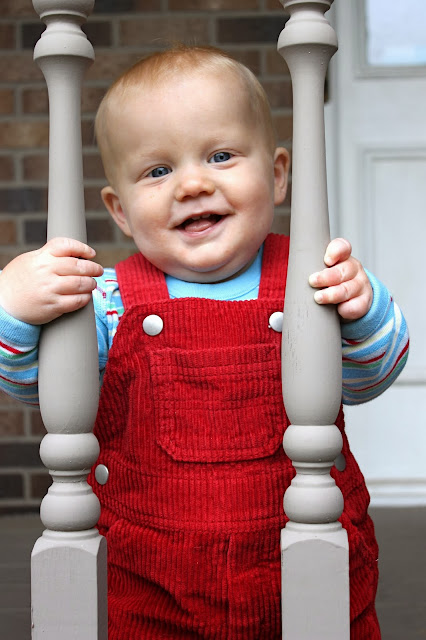 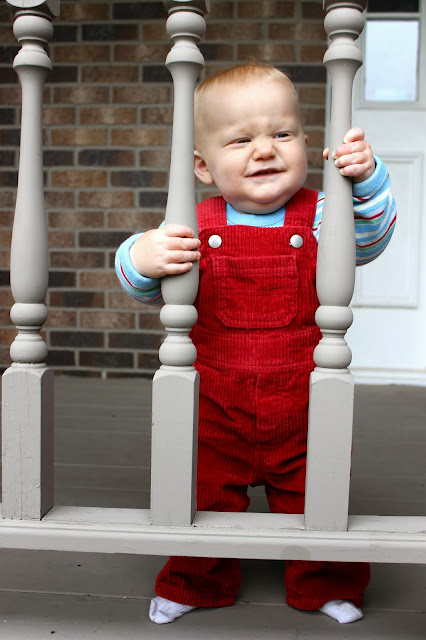 The girls are enjoying preschool even more and look forward to it now. They played with another girl named Finley! Woohoo! Later this month and in November, the girls are going in to do their early childhood screening. I know they are mostly where they should be with what they can do, but it will be interesting to see if they will actually do it for the teacher.

A couple nights ago we had a book fair/carnival at the girls' Preschool. The girls insisted that it was a costume party and all the kids would be dressed up. There was nothing about costumes on the flyer so I was 95% sure they had it wrong. Because I tend to pick my battles, I let them dress up in animal costumes to it. Of course, we show up and the girls were the only ones in costume! The teachers and parents got a good laugh out of it. It reminded me of the G rated version of the scene in Bridget Jones' Diary where she shows up as a bunny to a non-costume party (Except the girls had absolutely no shame unlike Bridget.) Actually, same thing on Legally Blonde too- haha! It turns out the girls were talking about their costumes to the teacher and she said they can dress up at school... for Halloween. 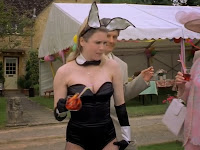 Posted by Martha Klopp at 11:54 AM 2 comments: Links to this post